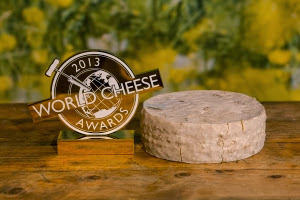 So the dust has settled after last month's World Cheese Awards and I've had a bit of time to digest (literally) what went on. The Supreme Champion, whittled down from more than 2,700 entries by hundreds of judges (including me), was a German cheese called Montagnolo Affine from a company called Käserei Champignon in Bavaria.


Made with pasteurised cow's milk, it's a rich and creamy blue with a natural grey rind. “A blue cheese for people who don't like blue cheese,” is how one of the expert judges on the final panel of 16 described it.