CHEESE OF THE WEEK: Winslade 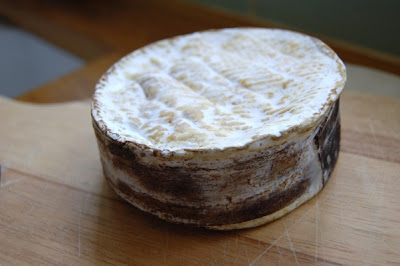 The cheese in the picture above might look like a Vacherin, but it is in fact a new British cheese called Winslade from the company that makes the fabulous Camembert-style Tunworth. 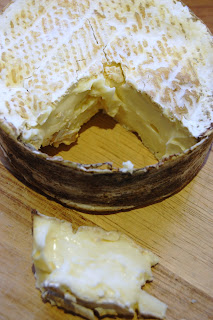 Wrapped in a spruce band with a gooey centre, the new pasteurised cow's milk cheese has been developed by Hampshire Cheeses' co-owner Stacey Hedges with input from Neal's Yard Dairy and is named after a local village.


Like Vacherin, Winslade has a runny texture when it's fully ripe so you can eat it with a spoon. The flavour is delicate - creamy and mushroomy with interesting resinous notes fom the spruce

Hedges deveolped the cheese after a discusssion with Neal's Yard Dairy, which was looking to stock a new kind of British cheese. The retailer is the only one currently selling Winslade, although it is also cropping up on restaurant menus quite a bit. I saw it at Rotunda near Kings Cross recently, where it's served hot from the oven with walnut and raisin bread for dunking.

Where to buy: Neal's Yard

How to eat: Sprinkle with white wine and warm in the oven. Serve with crusty bread for dipping.

What to drink: A crisp Sancerre or a fruity Beaujolais.