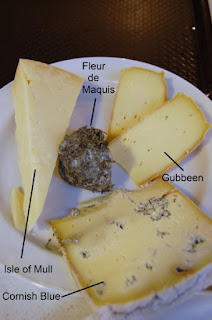 The seaside seemed like an obvious theme for the Brighton Food Society's most recent culinary shindig, which saw us put on a five-course 'Beyond the Pier' meal for 40 people during the Brighton and Hove Food and Drink Festival.

It meant we could plunder Sussex waters for fish and seafood and take inspiration from the junk food served on Brighton pier. It also gave us the chance to mess about with inflatable dolphins and our own crazy golf course as we took over the Brighthelm Centre for the evening.

The only tricky bit was coming up with a coastal cheeseboard, but with a bit of help from Paxton & Whitfield, we managed to put together a pretty decent selection.

Here's what we went for: 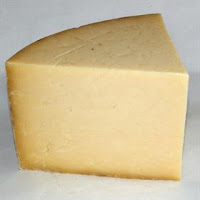 Isle of Mull Cheddar
Cow's milk, unpasteurised, trad rennet
During the summer the Reade family's cows graze on peaty pastures close to the sea on the beautifully rugged Isle of Mull, which helps lend the cheese a salty tang. The cheese we had on the night was quite pale in colour and had a strong fruity, almost fermented flavour, which suggests it might actually have been made with winter milk. This is when the cows are brought inside and fed on a diet of silage and spent grain husks – called draff - from the whisky distillery at Tobermory, which lends the cheese a yeasty sharpness. 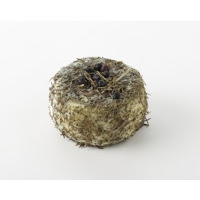 Fleur de Maquis
Ewe's milk, pasteurised, trad rennet
Another island cheese, made with ewe's milk in the Bastia region of Corsica and coated in dried herbs, juniper berries and sweet bird's chillies, which the sheep feed on as they wander the rugged terrain. It's a semi-soft sweet and nutty cheese with quite intense aromatic and spicy flavours from the herbs. 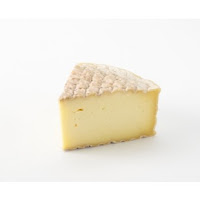 Gubbeen
Cow's milk, pasteurised, trad rennet
This washed rind cheese is made on a 250 acre coastal farm in West Cork with the Atlantic Ocean bordering one boundary and Mount Gabriel to the North, sheltering the pasture where Gubbeen's herd of cows graze during the summer. Made by Tom and Giana Ferguson, Gubbeen is a very mellow washed rind cheese Gubbeen, which has nice fresh dairy flavours and smooth texture. Paxton and Whitfield reckon it could almost be described as an Irish Reblochon. 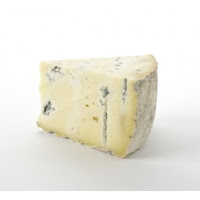 Cornish Blue
Cow's milk, pasteurised, vegetarian
Finding a coastal blue proved to be a bit tricky, so we ended up plumping for this buttery delicate blue, which is made in Upton Cross, near Liskeard, about 10-15 miles from the coast. The high rainfall, mild climate and relatively high humidity provide a nice environment for maturing blue. Philip and Carol Stansfield mature Cornish blue for 12-14 weeks and in 2010 it was named Supreme Champion at the World Cheese Awards.

Chatting to guests afterwards, the Isle of Mull and the Fleur de Maquis seemed to be most people's favourites. I definitely, thought the Isle of Mull was the stand out of the night. Really intense and complex with an almost alcoholic kick to it. 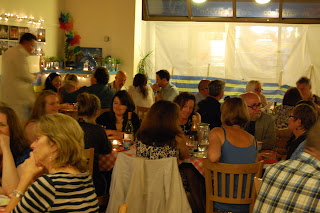 Washing cheese in a Bermondsey cave 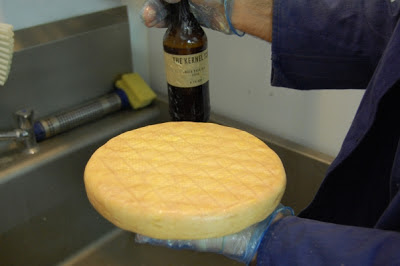 It doesn't have quite the same romance as the caves of Roquefort, but the cool, damp climate of a railway arch on an industrial estate in South East London is proving to be the perfect place to make a new washed rind cheese called Bermondsey Spa.

Taking its name from the local neighbourhood (it's hard to believe that this inner city area was once home to a natural spring), the cheese is the brainchild of cheesemonger and maturer Tom Harding. His company Mootown is one of a new breed of micro-businesses that have sprung up over the past five years as London's street food scene has blossomed, selling everything from cupcakes to beer at London's trendy farmers' markets and food festivals. 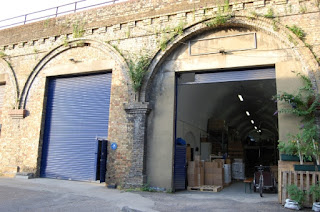 Bermondsey Spa is actually washed with a pale ale from a fellow urban food producer - a micro-brewery called the Kernel, which is housed in the railway arch next door. “We wanted to put our own mark on the cheeses that we sell and the Kernel's beer is so yeasty and full of character that it seemed the obvious choice for making a washed rind cheese,” says Harding.

Bermondsey Spa starts out life as a Welsh cheese called Golden Cenarth, which is made by Carwyn Adams of Carmarthanshire-based Caws Cenarth. Mootown has long sold this organic washed rind cow's milk cheese on its stalls at Herne Hill market and North Cross Road market in East Dulwich, but by washing it even more with pale ale over two to three weeks it turns into a very different product altogether with a darker, stickier rind and a stronger fruity flavour.

“One of our customers said in a nice way that is smells like death. It has got a very big meaty smell, but actually the flavour when you eat it is much more mild and creamy,” says Harding. “We took advice from Carwyn about washing the cheese and the environment we should keep it in. We don't claim it's perfect, but we're quite happy with it.”

To continue reading this article, which was published in the October issue of Fine Food Digest, click here and turn to p30. 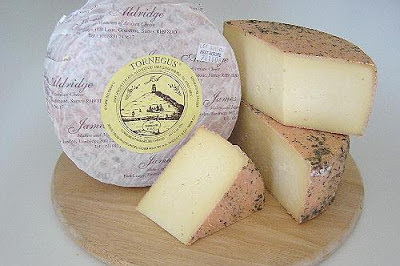 If you love British cheese, then you should read up on a chap called James Aldridge who died in 2001. He was a key figure in the resurrection of farmhouse cheesemaking in Britain in the 1980s and 90s, and his influence can still be felt today.

A former mechanic and scaffolder, Aldridge was a skilful maturer of cheeses (or affineur, if you prefer the French term), taking other people's cheeses and making them all his own by ageing and washing them in the cheese equivalent of alchemy.

His most famous creation was Tornegus (pictured above), which was made by washing Caerphilly in wine, but he also developed an amazing number of other cheeses that are still regarded as British classics today. Working at his dairy, the Eastside Cheese Company in Surrey, with his partner Pat Robinson, he invented cheeses such as Lord of the Hundreds, Flower Marie and Celtic Promise, among many others, sharing his recipes with fellow cheesemakers, who continue to make them today. 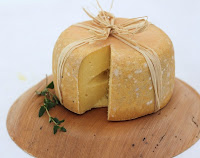 The end of his life was marred by an e-coli poisoning health scare, which brought him to the brink of financial ruin after officials ordered him to destroy £50,000-worth of perfectly good cheese without any compensation. The then public health minister, Tessa Jowell, acted in a pretty shameful way during the incident. There's more about it and Aldridge's life in these excellent articles in The Telegraph and by cheesemonger Carl Bennett.

Even though it's eleven years since he died, Aldridge's influence can still be seen in new cheeses being launched today, such as Francis (left), which has just won best new cheese at the British Cheese Awards. Made by James McCall of James' Cheese, who worked with Aldridge for 17 years, the washed rind cow's milk cheese is named after his former mentor (Aldridge's Christian name was actually Francis), while Martin Gott at Holker Farm in Cumbria also paid homage to Aldridge (who he met while a young boy) by calling his washed rind ewe's milk cheese St James.

The Specialist Cheesemakers' Association also organises an award called the James Aldridge Memorial Trophy to recognise the best raw milk cheese each year. Last year's winner was Berwick Edge and this year the accolade went to the ever excellent goat's cheese Ragstone, made by Charlie Westhead (pictured right with his SCA trophy) and Haydn Roberts at Neal's Yard Creamery.

Westhead was lucky enough to meet Aldridge on several occasions. “He was a great guy. He was extremely blunt and didn't put up with any rubbish. If he thought something was shit, he would tell you,” he recalls. “But he had a huge love of cheese and cheesemaking and was one of the first people to really get into the science side of things rather than doing things by feel. He would visit dairies free of charge and was happy to pass on advice.”

* I never met James Aldridge, so I would love to hear from cheesemakers and mongers who knew him and how he influenced the cheeses they makes and sell. Leave a comment below or drop me a line at patrick.mcguigan (at) yahoo.co.uk