Like most good ideas, Stichelton was conceived over several pints in a pub. The pub in question was the Wheatsheaf at Borough Market and the inspired drinkers were Randolph Hodgson of Neal's Yard Dairy and American cheesemaker Joe Schneider. As one ale led to another, the pair hatched a plan to create a raw milk version of the King of English cheeses - Stilton.

While most booze-fuelled brainwaves evaporate in the cold light of morning, this one continued to gnaw away at both Hodgson and Schneider to such an extent that in 2006 they opened a new dairy in conjunction with the Welbeck Estate in Nottinghamshire.

The only problem was that despite making blue cheese to a Stilton recipe in the heart of Stilton country, they weren't allowed to use the name. Under EU rules, Stilton must be made with pasteurised milk, so they were forced to call it something different. They ended up with the cheekily similar Stichelton - the earliest-recorded name of the village of Stilton.

It's a much-told story in cheese circles, but what's not so well known is that Stichelton has written to Defra to try to get Stilton's Protected Designation of Origin (PDO) amended to include unpasteurised milk. So far, Defra have yet to make a decision on the matter. “I could make Stilton with bananas, but a raw milk version isn't allowed. That's obviously perverse,” says Schneider. “The PDO should never exclude a cheese like ours. It's the only PDO in the whole of Europe that stipulates a cheese should be made with pasteurised milk. All the others stipulate the exact opposite.” 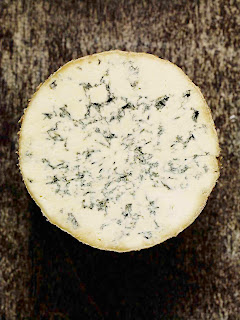 Stichelton consulted with the Specialist Cheesemakers' Association (SCA) when it was setting up and relations between the two groups remain cordial, if a little strained. The SCA included pasteurisation in the terms of the PDO in 1996 and the organisation has been known to send stiff letters to people if they refer to Stichelton as Stilton in print.

“I understand their point of view. They really don't want some yahoo farmhouse cheesemaker making a Stilton that's not safe and have an incident that might besmirch their brand, which they've worked really hard at building,” says Schneider. “But our argument is that the PDO isn't there for that reason. The PDO doesn't address issues of branding or hygiene. It's simply there to protect regional traditional foods.”


* To continue reading this article, which was first published in the September issue of Fine Food Digest, click here and turn to p27.

Morbier: Last of the winter milk 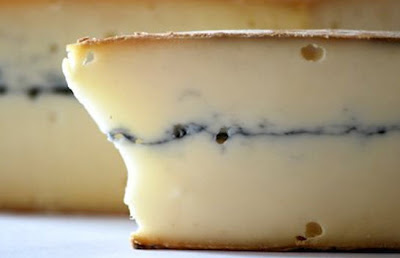 Cheesy jokes don't go down well in the Jura mountains. They take their fromage seriously in this picturesque part of eastern France, and for good reason. It wasn't so long ago that cheese was an essential ingredient in surviving the region's long harsh winters that would bring life to a standstill. A well-stocked larder makes all the difference when the temperature is well below 0oC outside.
Spanning the border with Switzerland in the Franche-Comté province, the Jura's most famous cheeses are arguably Comté and Vacherin, but no cheeseboard from the area is complete without a slice of Morbier – a supple ivory-coloured cheese with a distinctive line of ash running through the middle.
Named after a small town high up in the spruce-covered hills and wide valleys of the Jura, the cheese is also affectionately known as 'Comté's little brother' because it was traditionally produced by Comté farmers as a way of making the most of winter milk.
During the summer, the farmers would work with each other, combining their small herds of Montbéliarde cows to produce enough milk to make large wheels of hard Comte that could be aged for years. But when the snow began to fall the red and white pied cattle would be brought back to their individual farms to be tucked up in barns for the winter. Reduced milk yields meant Comté was out of the question, so instead the farmers would make smaller, softer cheeses to see them through the cold months.
Morning milk would be turned into a curd and sprinkled with a layer of ash from the sides of the cooking cauldron to protect it from flies and bacteria. Later the same day, evening milk was used to make a second curd, which was pressed on top of the first ash-protected layer to make Morbier.
“Morbier comes from the history, the climate and the people of Jura,” explains Marc-Antoine Ducoulombier, who works for French cheese exporter Fromi. “It's been part of people's existence in this region for over 200 years and they take their cheese very seriously.”
To read the rest of this article, which was first published in Harrods Magazine, please click here.