Yet another cheese named 'best in the world' 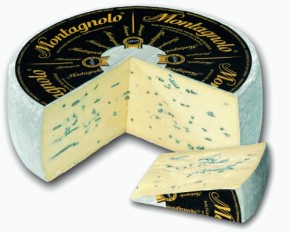 Another week, another cheese heralded as 'the best in the world'. This time it's a German blue cheese with an Italian-sounding name - Montagnolo Affine - which was named supreme champion at the International Cheese Awards.

If I sound a little jaded, it's because there are now so many awards set up to find the best cheese in the world each year that it's starting to get confusing. Earlier this year an American competition called the World Championship Cheese Contest crowned a mass-produced Gouda as 'world champion', which I was a tad cynical about.

With the ICAs in Nantwich now over, we still await the Global Cheese Awards in Frome in September and then the World Cheese Awards in November in Birmingham. That's four world/global/international cheese competitions each year. What next? The Planet Earth Cheese Awards?

To be fair to the organisers, they don't actually claim their winners to be 'best in the world'. They call them 'supreme champion' or 'world champion'. But the inference is pretty clear, which is why the newspapers almost always use those five dreaded words - 'best cheese in the world' - in their headlines.

Perhaps all four events should get together to set up a Champions League style competition, pitting each supreme champion against each other to find the one, undisputed heavyweight champion cheese of the world.

Anyway, rant over. Time for a little info on Montagnolo Affine. It's a soft blue produced from pasteurised cow's milk by a massive German manufacturer called Kaserei Champignon. The company has group turnover of around E500m and employs around 1,000 people across five factories. It says the cheese is aromatic, creamy and has a spicy flavour.

It was named Supreme Champion ahead of of more than 3,927 other cheeses, which were entered in a total of 226 categories. In total there were cheeses from 27 countries.