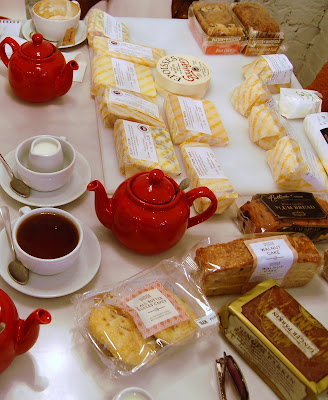 If you've got space for dessert after working your way from nose to tail at St John in Smithfield, the stand-out choice for cheese chaps and chapettes is the Eccles cake and Lancashire.

Eating cheese with cake might sound a bit weird at first, but it makes sense when you think about it. The intensely sweet raisins in the Eccles cake act a bit like chutney to the crumbly cheese, balancing out the curdy tang.

I've long liked a slice of Stilton on my Christmas cake – a festive tradition that I thought was practised throughout the country, but after asking around nobody else seems to have heard of it.

Anyway, I decided to dig a little deeper into the world of cheese and cake matching by consulting the hive mind of Twitter. It turns out that I'm not actually the only person out there who likes a bit of bakery and curd action because my time line was soon flooded with suggestions.

I put them to taste with the help of cheesemongers Paxton & Whitfield and Gail's Artisan Bakery, plus bakery journo Andy Williams and bad taste cake queen Miss Cakehead. This essentially involved spending an afternoon eating and pontificating about cake and cheese.

Here we are getting philosophical at Gail's Bakery in Soho. 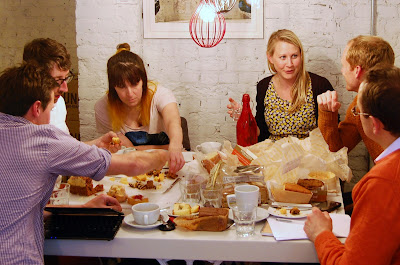 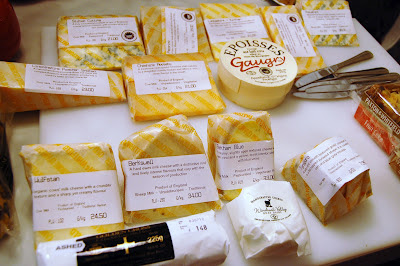 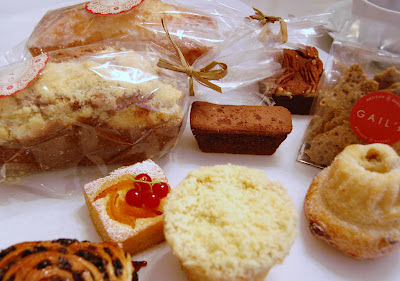 We tasted around 15 different cakes and 15 different cheeses, trying combinations that had been recommended on Twitter or we thought would be interesting. In total we probably tried around 30 different matches. Here in ascending order are our top five... drumroll....

Epoisses and Botham's plum bread
Plum bread is a speciality of Lincolnshire and is traditionally eaten with a slice of Lincolnshire Poacher. Fair enough, but we felt the plum bread acted as a good neutral base for the spicy meaty flavours of Epoisses.

Pecorino and Gail's lemon drizzle cake
The Pecorino was quite austere with a hard almost crunchy texture and salty tang, which was brilliant at cutting through the cake's sweetness. It also matched up to the intense citrus flavour. 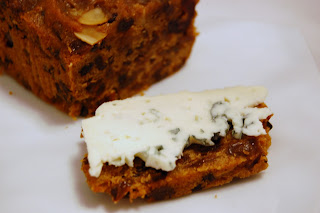 Roquefort and Paxton's fruit cake (pictured above)
We'd almost given up on finding a cake that could match the might of Roquefort. Most combinations were pretty disgusting, until we broke out the fruit cake. The sweet candied fruit contrasted beautifully with the salty sharpness of the cheese. Potent. 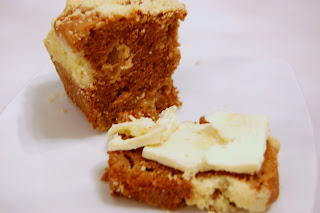 St Wulfstan and Gail's apple crumble cake (above)
One is a yoghurty organic cow's milk cheese. The other is a moist, spicy apple cake that crumbles at the slightest touch. Squish them together and you have something that transcends the crude and simplistic categories of 'cake' and 'cheese'. It should have its own name, like 'chake' or 'cheeke'. An almost spiritual experience. 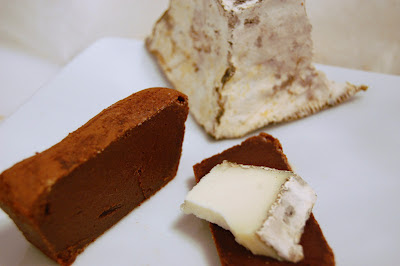 Tymsboro aged goat's cheese and Gail's chocolate brownie (above)
Yes, you read that right. Goat's cheese and chocolate brownie was the clear cake and cheese champion. In the cake corner, with a steely glint in its eye, was an insanely rich brownie made with three types of chocolate at 53%, 70% and 100% cocoa content. In the curd corner, wearing the white trunks, was a 6-7 week aged pyramid of Tymsboro, with almond notes and a proper goaty tang. You might think they would beat seven bells out of each other, but the flavours were actually perfectly attuned to each other. Rich, silky and intense, it was a sexy Argentine tango rather than a punch up. 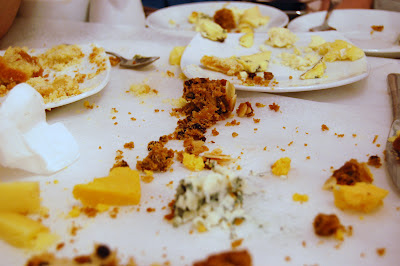 A few hints and tips on cake and cheese matching

● You need a surprisingly large slice of cheese to balance out the sweetness of the cake. A 50/50 ratio is about right, although perhaps a bit less cheese with big boys like Epoisses and Roquefort.

● You're generally on to a winner if the cake contains dried fruit and spice. Fruit cake, Eccles, Plum Bread worked with most cheeses.

● Not all cakes are created equal. Generally the cakes I bought in Waitrose and M&S like the walnut and the parkin were a real let down compared to those from Gail's, which were much fresher. Good cheese should not be wasted on bad cake.

● I'll probably get some stick from irate Mancunians over this, but Eccles cakes go better with Stilton than Lancashire cheese. There I've said it.

● Finally, Chelsea buns and Stilton should not mix. Ever.

With thanks to the following Twitterers, whose suggestions were all definitely worth a try (except for the smoked cheddar with brownies, which was just wrong on many levels).
@MatthewTDrennan Berkswell and pear tart.
@zannawansell Fresh goat's cheese with lemon polenta cake
‏@designfrontuk Smoked cheddar and brownies
@CurdNerd Lancashire & Eccles.
@ApplebysCheese Applebys Cheshire and Staffordshire oatcakes; pecorino and panettone.
@JasonTTHurwitz Barkham Blue lightly grilled on parkin.
‏@brightonseagull Cheddar and Battenberg.
@tentspitch Wensleydale and parkin
@Martink10 Walnut cake and roquefort.
@MissCay Apple pie and cheese. It's big in Wisconsin apparently: “Apple pie without cheese is like a kiss without a squeeze.”
@AoaFoodie Lancashire with Eccles cake.