Martin Gott: a bit of a cheese fascist 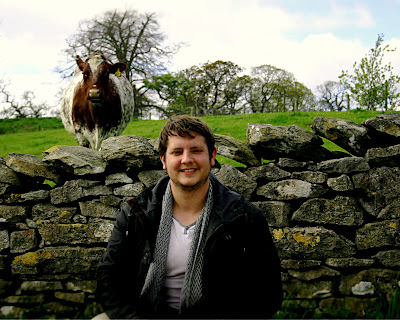 I first spoke to Martin Gott last year about his new Brother David washed rind cow's milk cheese. It ended up being less a new product story and more a discourse on how retailers treat washed rind cheeses as the 'joke' of the cheese counter.

The outspoken Cumbrian cheese maker and monger doesn't disappoint second time round, airing opinions on everything from why local cheeses are often “crap” to how being “a bit of a fascist” is a good thing in the cheese shop. “I enjoy turning people's perceptions on their head and stirring things up a bit,” he admits.

It might sound like youthful bravado (he has only just turned 30), but Gott has more experience in artisan food than most people 10 years older. The son of well-known Cumbrian pig farmer and retailer Peter Gott, he worked with his dad from the age of 14 selling cheese and meat at country fairs and Borough Market. He left school at 17 to go full-time with his father, before striking out on his own as a cheesemaker, learning his trade with Graham Kirkham at Mrs Kirkham's and Mary Holbrook at Sleight Farm in Somerset, where he also kept his own sheep and started to make his own cheese.

Gott and his partner Nicola Robinson moved back to Cumbria in 2006, taking a 20-acre holding on the Holker Estate near Cartmel and setting up their own business, Holker Farm Dairy. In 2007 they went through the traumatic experience of having to cull their entire flock because of disease, but today have just under 100 Lacaune sheep and seven Shorthorn cows. They produce two unpasteurised seasonal ewe's milk cheeses (St James and Swallet) and the raw cow's milk Brother David. 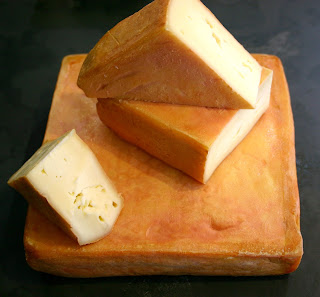 St James was named in honour of legendary cheese maker and maturer James Aldridge and, in a nice turn of fate, won the James Aldridge Award for 'Best Unpasteurised Cheese of the Year' in 2005. Washed in brine, the ewe's milk cheese has an intense smoky, meaty flavour with a texture that can range from crumbly to creamy.

The company produces around 10 tonnes of cheese a year, the majority of which is sold to Neal's Yard in London and through its own shop, Cartmel Cheeses. This was set up with Nicola's father Ian Robinson in 2010 and has just been expanded by buying the bakery next door.

Gott says he set up the shop because he has always loved the interaction that comes with retail - “I don't do well put in a room on my own for seven hours making cheese” - but he was also “frustrated as hell” by local delis and farm shops. “They couldn't handle a specialist cheese like ours. They just wanted something with a local stamp on regardless of what it tasted like. I spent increasing amounts of time ranting at deli owners about how they should sell cheese and eventually realised I was wasting my time. I thought, 'I'll show them.'”

The shop sells around 50 mainly British cheeses, including well known names such as Innes, Stichelton and Tunworth, and follows a strict policy of only stocking products that are 'on form'.

“It can be a soul-searching question. Do you stock stuff because customers keep asking for it or do you stock it because you think it's a really good cheese. If we put a pile of Baby Belles on the counter, people would buy them, but that doesn't mean we should be selling them. You've got to be a bit of a fascist at the end of the day,” he says.

* To continue reading this article, which was first published in the June issue of Fine Food Digest, click here and turn to p17.