CHEESE OF THE WEEK: Ossau-Iraty 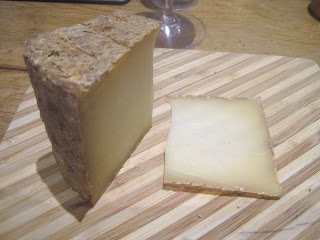 Just because a cheese is made in small batches by hand on a farm doesn't necessarily make it a good cheese. Sometimes big dairies do a much better job of making 'artisan' cheeses because they have the technical knowledge and experience.

That's what outspoken Cumbrian cheesemonger and maker Martin Gott told me in a recent interview anyway. Not long after speaking to Martin, I was sent some Ossau-Iraty, which seemed to proved his point.

Intensely sweet and salty with the most amazing flavours of dried porcini mushrooms and curry leaves (no really, it's true!) it was an absolute corker of a cheese. 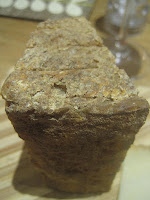 It turns out that rather than being made by some horny-handed French peasant up a mountain, it was actually produced by a company called Onetik, which operates a 30,000 sq m dairy in the French Basque region of the Pyrenees and turns over nearly E30m a year.

An Ossau-Iraty was named supreme champion at last year's World Cheese Awards, and like that cheese Onetik's is matured slightly longer than most (about nine months), which explains the intensity of flavour. It's made with raw ewe's milk and has a firm, supple texture and dense consistency. Distinctive earthy rind as well. 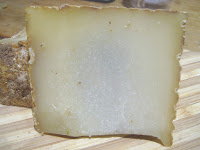 Definitely worth checking out.

Where to buy: It's imported by the Cheese Cellar, who supply independent cheesemongers and delis.

What to eat: It's traditionally served with a black cherry jam

What to drink: A sweet white would work well with the salt. Sauternes perhaps.