Gorwydd Caerphilly: true to its roots 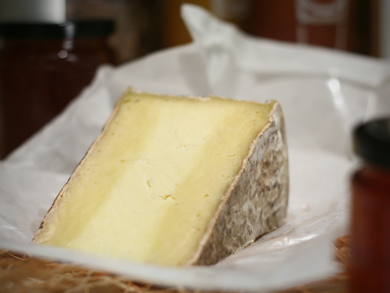 It all started with a caravan and a field full of llamas. That was back in 1995 when fresh faced archaeology graduate Todd Trethowan first learned how to make Caerphilly during an apprenticeship with the late Chris Duckett in Somerset.

As well as being a third generation cheesemaker and one of the last farmhouse Caerphilly makers in the country, Duckett was was also a keen llama enthusiast with a field full of the beasts, which is where the young Trethowan ended up staying. 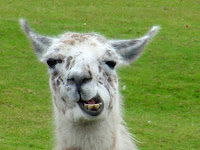 “I worked for him for six months, living in my caravan surrounded my llamas. I didn't have a car so every time I had to go to the dairy I had to take my chances,” laughs Trethowan. “I used to come back from the pub at night and they certainly weren't the friendliest. They are pretty aggressive animals!”

Trethowan was hardly a cheese novice when he arrived at Duckett's. Before going to univeristy, he had worked for Neal's Yard in London and had paid his way through college by working for cheesemakers such as Dougal Campbell at Tyn Grug and Charlie Westhead at Neal's Yard Creamy. But it was his time with Duckett that really laid the foundations for Trethowan to set up his own dairy at the family farm in Ceredigion, West Wales, which is where he still makes his unpasteurised Gorwydd Caerphilly today. Duckett sadly passed away in 2009, but his cheese is still made at Westcombe Dairy.

“I learned absolutely everything from Chris. Every night I would come back to my caravan with a big list of all the things I'd learned that day. I really made the most of my time there and I've tried to be faithful to what he taught me.”

Sixteen years later and Trethowan says he is still learning, which is partly why the company continues to only make Gorwydd Caerphilly. “I don't feel like we'll ever have it beaten. If we made loads of cheeses we might take our finger off the pulse and the cheese might go off the boil. We've always been a very consistent cheese and I think we're getting better.”

Run by Trethowan and his wife Jess in partnership with his brother Maugan and his wife Kim (who used to work for Neal's Yard Dairy), Trethowan's Dairy makes around forty of the four kilo cheeses each day. These are dry salted in their moulds and then brined, before being matured for around two months.

The final cheese has a velvety grey rind and two-tone interior, comprising a creamy outer layer called 'the breakdown' and a firm but moist centre layer. Each element adds a different flavour with lemony notes from the central stripe, creamy mushroomy flavours from the breakdown and an earthiness from the rind itself.

Gorwydd follows in the tradition on the original farmhouse cheeses that were popular with Welsh miners, who legend has it ate the cheese to replace the salt they had lost through sweating. It's a million miles away from the crumbly block Caerphilly on supermarket shelves that is almost indistinguishable from factory-made Cheshire and Lancashire. 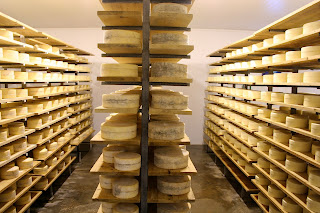 “There's no comparison between a block Caerphilly and us, but it was something to overcome when we first started,” says Trethowan. “People told us not to make a Caerphilly and to do something more exotic. When we were at markets people would say, 'Oh, we don't like Caerphilly'. You'd give them a bit and they'd take a taste. Because the flavour doesn't hit you straight away, they'd be walking away and then peel round in a U-shape and come back to you, saying, “What was that again?' We have to do far less convincing these days. People have been won over.” 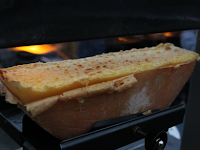 The company still has market stalls at Borough and St Nicholas in Bristol, where it serves 'the ultimate cheese toastie', made with Keen's cheddar, and raclette using Montgomery's Ogleshield (right). It also attends festivals, including last year's Glastonbury, and runs regular cheese tastings and talks with food and drink writer (and fellow cheese blogger) Fiona Beckett as part of The CheeseSchool. The company's main business, however, is selling through delis, farm shops and cheesemongers, plus Waitrose, as well as at its own own store in Bristol, which opened four years ago.

“We wanted to be one of our biggest customers, but we also have a range of around 15 other cheeses from people we've worked with over the years. It means we can talk about them with some authority because we know how the cheeses are made and how they should taste. Having a small range of cheeses mean we can also sell them in really good nick. As a cheesemaker myself, I feel honour-bound to sell someone else's cheese in brilliant condition. I'd be mortified if I didn't.”