Is cheese for 99p really a bargain? 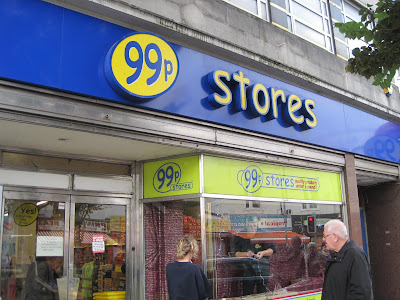 My ears pricked up the other day when a friend mentioned that the local 99p Store was doing a range of British cheeses. I couldn't quite believe that cheese could be so cheap, so I went down to have a look for myself.

Sure enough there was a selection of regional British cheeses, including a Wensleydale, Red Leicester and Double Gloucester all at the bargain price of 99p. I bought all three and ferried them back to the Cheese Chap Tasting Lab otherwise known as my kitchen table. 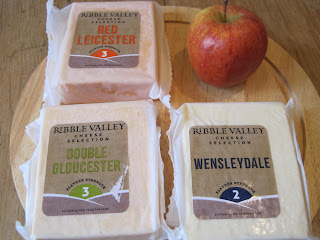 They weren't unpleasant, just bland and one dimensional. All three were dense, milky and very sweet to the extent that I found it hard to tell them apart. I did a blind taste test to see if I could tell the difference on flavour alone. I could just about pick the Wensleydale because it had slightly more acidity, but the Red Leicester and Double Gloucester were almost indistinguishable. They all tasted like the mild block cheddar you can buy in supermarkets to me.

The cheeses were all under a brand I'd never heard of called Ribble Valley, made by a company based just outside Preston in Lancashire. Preston is nowhere near Wensleydale in Yorkshire, Leicester or Gloucester. 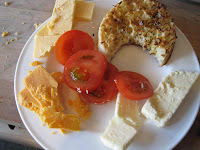 The fact that a factory in Lancashire is making cheeses that traditionally come from completely different counties is nothing new. Many of Britain's so called territorial cheeses have largely lost the connection they once had with specific geographical areas. They are now blandly uniform, mass produced products that are made in factories all over the country and sold at rock-bottom prices by the big retailers.

The supermarkets still manage make to a hefty margin on 'value' cheese, though. According to a report from DairyCo earlier this year, retailers make an average margin of 47% on mild block cheddar. That means for every litre of milk that goes into mild cheddar the farmer gets 25p, the cheesemaker gets 4.5p and the supermarket makes a whopping 26p. This at a time when thousands of dairy farms in the UK have been forced out of business because the big retailers have driven them down so aggressively on price.

So for 99p you get a bland, generic cheese, which has been divorced from tradition, and is part of a damaging culture of low prices. In my book, that's not really a bargain at all, but what do you think? Is there a place for cheap cheese? And does it matter that cheeses named after specific places can be produced anywhere?