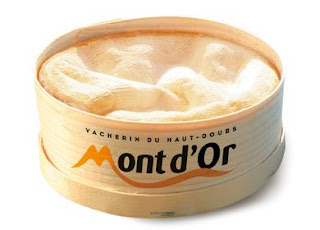 Everyone knows that absence makes the heart grow fonder, which is why there’s always an extra-special thrill when seasonal foods that have been missing for many months suddenly reappear.

Whether it’s the arrival of asparagus in May or Seville oranges in December, these long-awaited foods are made all the more precious by the knowledge that they will only be available for a short time.

For cheese lovers, one of the most eagerly anticipated seasonal débuts is the mountain cheese Vacherin. Made exclusively during the autumn and winter in France and Switzerland, this soft cow’s-milk cheese is a sure sign that summer is over and the nights are drawing in.

By happy coincidence, Vacherin’s gooey creaminess makes it the perfect cheese for winter evenings, when it is traditionally warmed in the oven in its own spruce-wood box and eaten like fondue or drizzled over meat and potatoes. The cheese is considered to be at its best from November onwards, making it a Christmas favourite on the Continent.

Vacherin’s distinctive undulating rind is said to resemble the Jura mountains, which straddle the border between Switzerland and eastern France, where the cheese is made. Both countries claim to have invented Vacherin – the Swiss eventually won Appellation d’Origine Controlée (AOC) status for the term “Vacherin Mont d’Or” (despite the fact that the summit of Mont d’Or is actually in France). Never ones to miss a chance to safeguard their foodie traditions, the French also successfully applied for AOC status for the terms “Vacherin du Haut-Doubs” and “Mont d’Or”.

To read the rest of this article, which was first published in the November edition of Harrods Magazine, click here